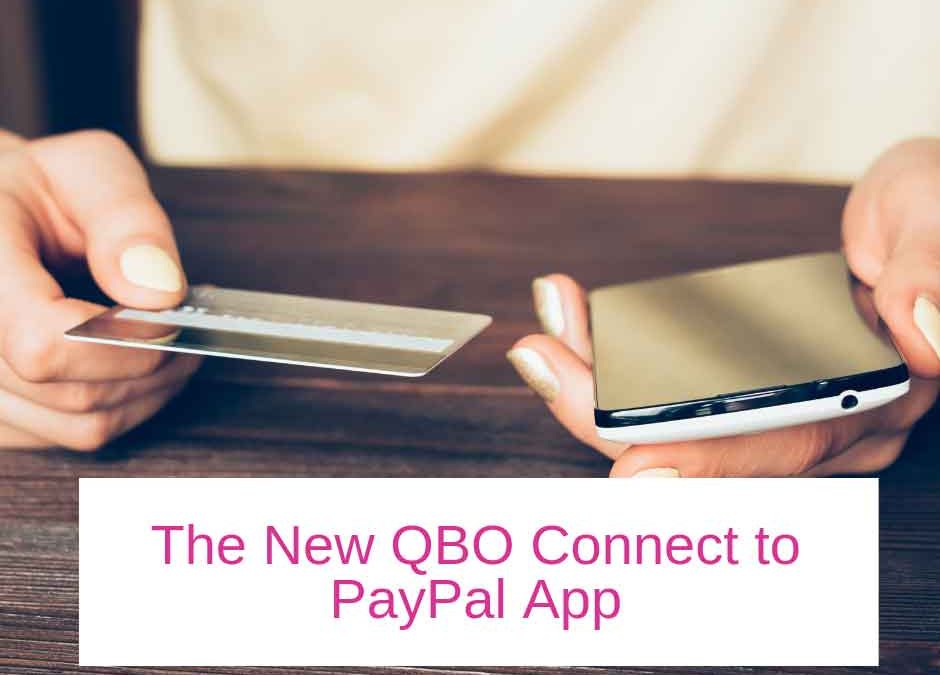 Intuit has been developing a new API that includes a ‘rest’ workflow alternative. Murph actually wrote about QuickBooks Development Future-API V4 as part of his coverage of last year’s QuickBooks Connect. That was a fairly informative, but mostly generic article. However, he also wrote another (companion) article titled ‘Just Imagine – QBO Staged Transactions’ a day prior to his API article. In that article, he gave us a glimpse of something entirely new that Intuit was developing as part of the API V4. As it turns out, this ‘rest’ or ‘staged transaction’ alternative to the traditional way developers have interacted with QuickBooks Online is the foundation upon which the new QBO Connect to PayPal App has been developed.

This new integration was recently featured in both Intuit’s ‘In the Know’ webinar, and the Woodard Monthly Member webinar. However, most QuickBooks Online users, and even their ProAdvisors, have not seen it.

The good news is that I have attempted to capture the highlights of this new App to share with you. Read more here for a detailed comparison of the old and new PayPal Connect apps.